An application for the purpose of a licence or renewal of the licence shall be made to the Commission in such form together with such documents as may be specified by the Commission by way of rules accompanied by such fee as may prescribed. An application for renewal of a licence shall be made three months prior to the expiry of the licence, accompanied by the renewal fee as may be prescribed.

Duration of licence of a market intermediary

A licence that has been granted to a Market Intermediary shall be valid for a period of twelve months from the date of issue of the licence. A licence that has been renewed shall continue to be in force for a further period of twelve months or such later date as may be specified by the Commission commencing on the date upon which it would have expired but for its renewal.

Application for Renewal of Licence


Specimen of an Affidavit 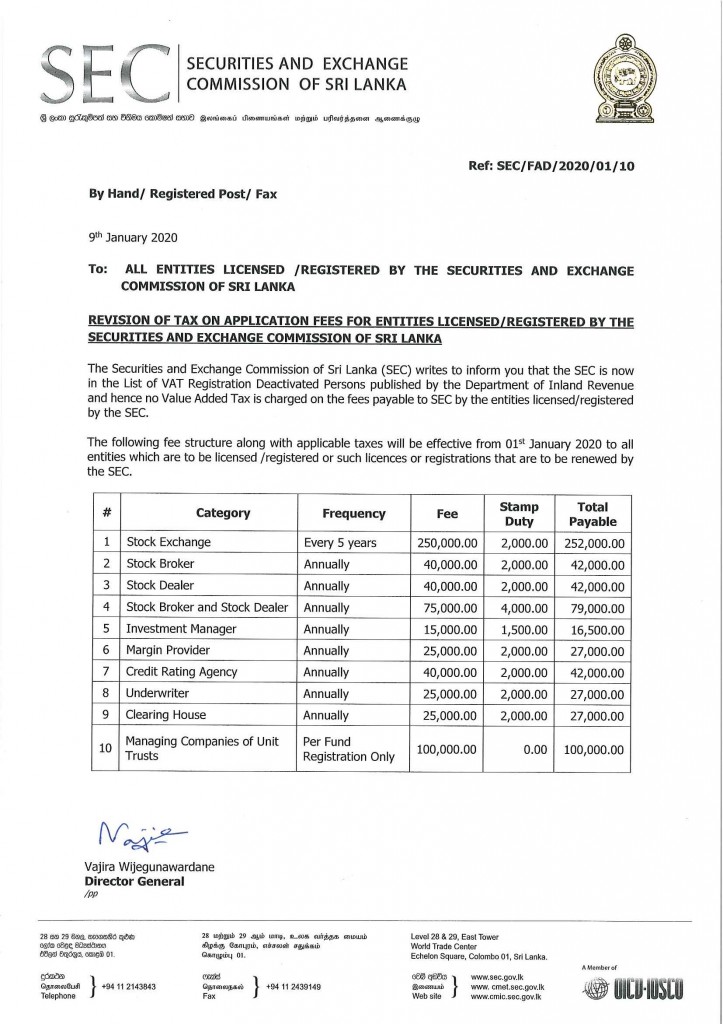